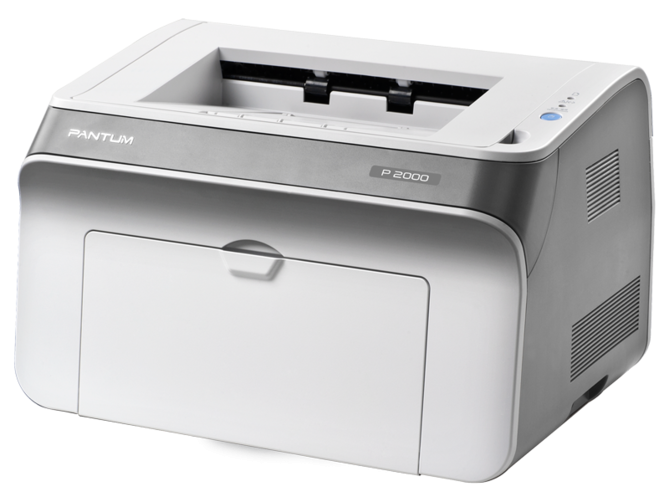 Laser printers have come down in price. We tried a cheap one from Chinese contender Pantum

Laser printers used to be a high-end option for shared use, while inkjets catered to individual users, at home or in offices. All that is changing: we have had a look at the Pantum P2000, one of a bunch of new laser printers that are now as cheap as one would expect to pay for an inkjet.

What we want to know is – do the new cheap lasers offer the same benefits as older, more expensive models? And how many of the features of inkjets do you have do forgo, in order to get a laser at low cost? Pantum is an interesting vendor to choose for this. It’s a new entrant – a Chinese firm establishing itself in Europe – and it is hitting a genuinely low price point. The P2000 – a mono laser printer, has a “recommended” retail price of £59,99 – but a quick scout round the web, and its seems you can pick one up for under £45.

This is a far cry from the days when buying a laser printer meant a steep up-front cost, which bought you access to a world where consumables cost less. In those days, the big toner cartridges that printed thousands of pages worked out cheaper per page in the long run. For the high end market, laser printers also tended to have other high-end features, such as better page handling.

The Pantum P2000 – like similar low-cost laser printers from the likes of Canon, HP and Samsung, is not really in that class. for this price point, there are no frills at all.

There is limited paper handling – sheets go in the bottom and out the top, and there’s no paper cartridge. but it does allow two paper feeds so you can keep envelopes loaded as well as paper, or load a couple of sheets of headed stationery.

It also has limited connection options (again similar to other models in this sector). It connects by USB, not Wi-Fi. However, Pantum does include a USB cable in the box, which is by no means universal practice.

I like the design. It’s pale grey, with a mid-gray section, and minimal controls on the printer itself. The CD installs basic control functions which allow you to print multiple pages or add a watermark. Don’t look for image handling software or any of the kind of things that get bundled with multi-function printers. There’s none of that, and no scanner.

What you do get is very decent printing. Pantum rtes it at 20 pages per minute. We haven’t timed precisely, but our output was close to this rate – maybe a page or two slower.

The quality was good, and it handled greyscale and images well, alongside even smaller text fonts. Pantum lists the top resolution as 1200 x 600 dots per inch.

Consumables are reasonable. The toner is in a one-piece drum and cartridge, which is very easy to remove and install, with good instructions on the machine itself, and in the software.

As with many low-cost machines, new full-capacity cartridges cost around the same as the printer itself, which still seems odd to anyone who’s been using printers for more than a few years. A  2300page high-capacity toner unit costs around £45 + VAT which works out at around 2p per page.. A 1500 page capacity toner cartridge costs about £36 plus VAT (around £43 inclusive), which works out at 2.5p  per page.

Low cost laser printers are definitely viable. For any office where the printer is shared, we’d go for one which includes scanning and, if possible, colour. But for a budget operation which needs to churn out black and white pages and doesn’t require huge print runs and clever handling, this sort of device is a good option – and Pantum has come in with a good offering.